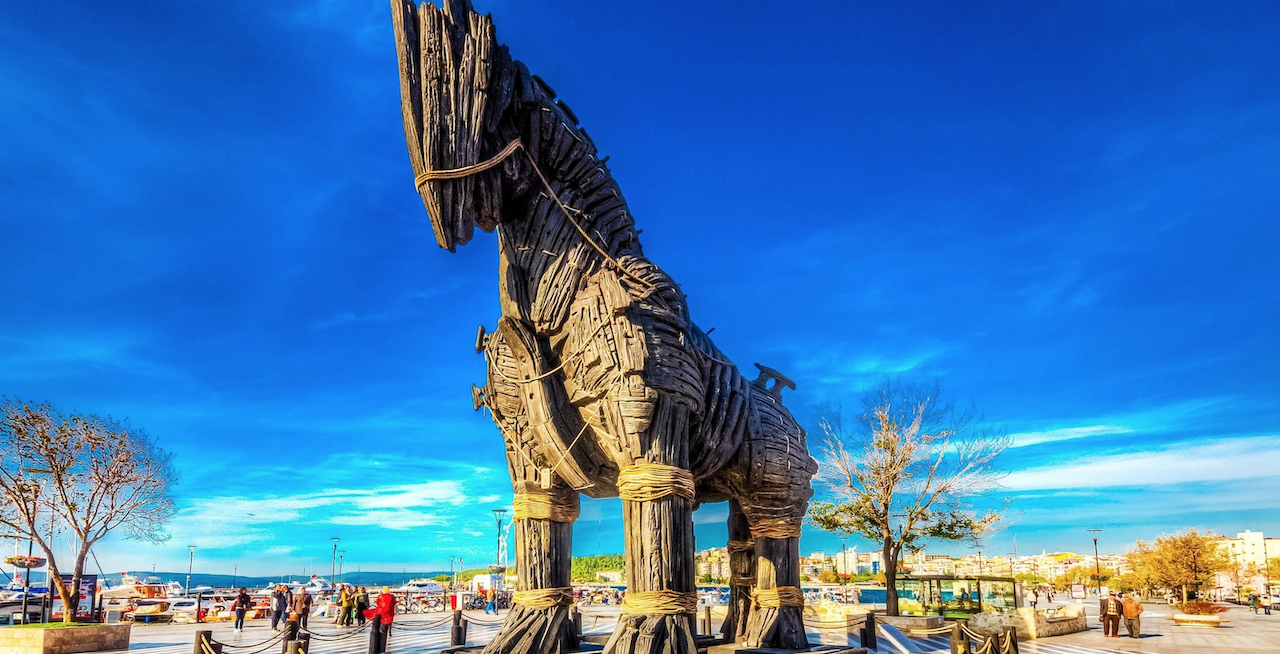 The Canakkale City of Troy is located within the borders of the foothills of the Kaz Mountains Where the Trojan war took place. Also, it is also described in the epic of Homer's Iliad, Troy. It is mentioned that there are 9 different strata in Troy, whose foundation dates back to the Hittites, and that 9 different civilizations survive there.

The Ancient City of Troy, also known as the site of the Trojan War mentioned in Homer's Iliad, was included in the UNESCO World Heritage in 1998.

Make easy and comfortable your Ancient City of Troy trip by rent a car with a driver from Cab Istanbul. Click the button below for your Istanbul airport Canakkale transfer services.

The City Of Troy

According to Homer's second epic, Odyssey, the most cunning warrior of the Achaeans, who realized that they could not take Troy by war, thought of the Trojan Horse trick. The Trojans, who took the wooden horse placed at the entrance of the castle into the city, are not aware of the situation, the Achaean warriors, who came out of the wooden horse at night, took Troia and burned the city after a ten-year war. If you are on a lucky day that day, during your trip to the ancient city accompanied by this mythological story, you may see some cute little friends accompany you. Seeing the squirrels running around on the ruins as if they were the real owners of the city and photographing them on the ruins that shed light on history can add different fun to your trip.

The famous Trojan War took a place in the sixth period, which was from 1750 BC to the year 1300 BC. Let us talk about the main cause of the Trojan War.  İt was caused by Paris, the son of Primus. There was a beauty contest in the Kaz Mountains Paris was invited to choose between three Athens, Hera, and Aphrodite. After Aphrodite won, she promised to give him the most beautiful lady in the world. The war on Troy was waged and destroyed. To rescue the abducted queen. The most famous part of this epic is the Trojan Horse, which welcomes visitors at the first entrance of the Old City. This wooden horse was built by Odysseus, who was originally a trader of wooden hollow horses to infiltrate the city to end the war, and was presented to the other party as a gift of peace. When the night came, the soldiers left the horse and surrounded the city. The term Trojan has become a proverb and people used it as an expression

After briefly speaking about the history of Troy and the story of the Trojan horse, let me tell you a little bit about the ancient city of Troy, which is close to the sea like Ephesus and Miletus cities. Troy was established as a port city to the south of the Dardanelles. Over time, the Karmanderes River has moved away from the sea due to the alluviums carried to the city shores.

At the entrance of this historic city, you will find the famous Trojan Horse welcomes you. People start to take pictures of the historical wooden horse (known as the Trojan Horse), which is no longer fascinating. Only a few years ago, when you could walk in and out, but now it's closed for security reasons. The trip route has been carefully prepared in order to visit the ancient city in the best way. The ancient city of Troy, which has an infrastructure consisting of prominent roads, platforms, and information boards, was used as a guest house by archaeologists. Trojan horse models and photos are available in the museum of the city. When you start to visit the ancient city, the first Pithos garden will be welcoming you. The height of the doors reaches up to 2 meters. 20 tons of granite stone standing in the garden; It is the Eternal Stone of Troy. It was used as a symbol of the city.

One of the most important monuments of the ancient city of Troy is the Temple of Athena. Lysimachus, one of the generals of Alexander the Great; was ordered to build the temple. It was built in 300 AD and later renovated by the Roman Emperor Augustus. During the Persian expedition, the emperor I. Serhas came to the city before sacrificing the Dardanelles during the Greek expedition and offered sacrifices to this temple. The temple is considered one of the best-preserved works in the city. 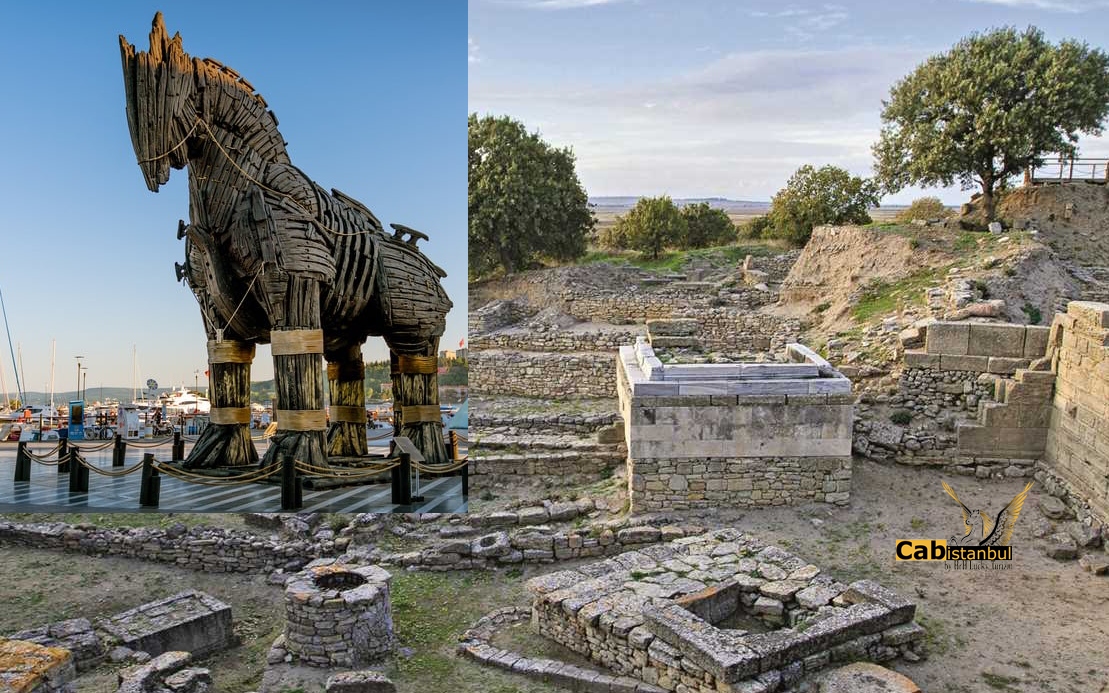 On the right-hand side of the road, there are the remains of the Roman baths. People can see the water drainage places in the ruins of the baths and hot water coming out of the ground. Located right across the street from the Odeion. The Odeion, where assembly meetings and music performances are held, is one of the rare buildings that can be seen in Troy. There are not many remains from the Trojan palace to this day. In some studies, large food depots were found and it was concluded that the palace was used as a depot at least times.