Apollo Temple of Didyma, which is one of the most important divination centers of the ancient world, is located in the Didim district of Aydın. It was the sanctuary of the ancient city of Miletos, where the Temple of Apollo was originally attached to the prophecy center of important cities such as Ephesus and Priene, which made up the Ionian city-states. Although it was started in BC60, it was never completed. There are many reasons why it cannot be finished, but it is probably the third largest sanctuary in the ancient world.

There are two other major divination centers of the ancient world which are Artemis Temple in Ephesus and Hera Temple at Samos. While I was telling you about the ancient city of Hierapolis, I mentioned a little information about Apollo, but I think it was a necessity to share this information again because the temple is dedicated to Apollo and our topic is Apollo. It is said that Apollo, one of the two children of Zeus, the god of gods, and his beloved Leto, is blonde and very handsome, and Artemis's twin brothers.

According to the results of the trips to the Apollo Temple in Aydın with family or friends, the best way to visit the ancient city in the Aegean region is to hire a car with a driver. Although two-way transfer services provide convenience in the program, a professional driver who will be with you throughout the trip provides a greater advantage.

Apollo: Greek God Of The Sun And Light

Apollo, the god of sun, music, fire, poetry, and art in mythology, is also known as the prophetic seer. In ancient Greek culture, it was known as a protector of shepherds and their flocks. Why? One day, God Apollo meets Brankhos, who was a shepherd in the Didim region. He loves Brankhos and teaches him the secrets of his prophecy. Brankhos, who intends to pass on the divine secrets he learned, builds the first temple in the name of Apollo instead of the temple where the bay forest and water spring are located. The temple was ruled by the Brankhids who were known to have descended from Brankhos for many years.

In 494 BC a Persian attack destroyed the city of Miletus and the Temple of Apollo. This attack, which was carried out to suppress the rebellion of the Ionian city-states, became one of the most destructive struggles in the region, and after this attack, the most important assets of the temple were taken to Ekbatan the capital of Persia. Herodotus, the father of history, tells the continuation of the story as follows; “The Brankhits are guilty of infidelity to their gods, handing over the treasures presented to God to the Persian king without any hesitation and fled to the Persian country to escape the events that would follow their betrayal. 150  years later, Alexander came to Miletos. After consulting with Miletians in his army about what to do, he destroyed the settlement. Thus, the sons paid the penalty for the crime committed by their father”.

As Herodotus narrated, after Alexander the Great took control of Miletus several centuries later, locals declared Alexander the Great, who handed over the administration of the temple to Miletus the son of Zeus. With the help of Alexander, the temple took its present form. If we talk a little bit about the current state of the temple, the architects of the Temple of Apollo and Daphne Miletos, a complete temple with a height of 17.5 meters and a double arrangement on a four-step platform. Architect of Artemis Temple in Painster. 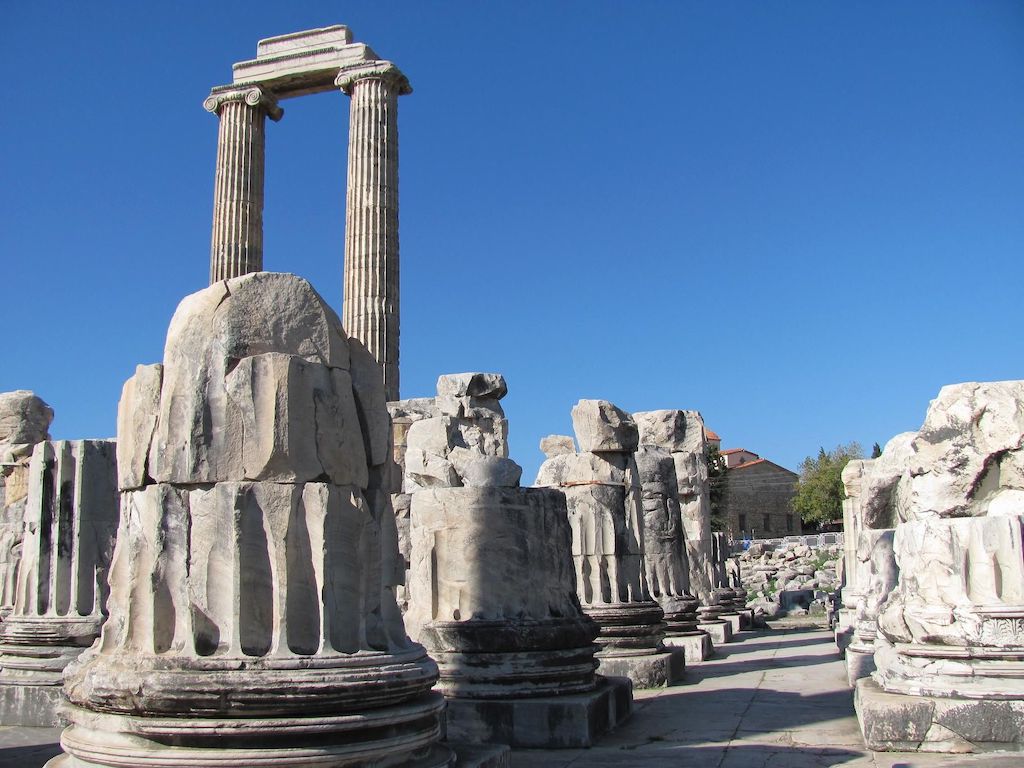 Our Services All About Apollo Temple
Temple Of Apollo

The temple was surrounded by 124 double rows, the entrance to the sanctuary was only allowed for priests. The Sila campus is 53 meters long and 21 meters wide. It is said that one piece of marble between the gates leading to the sacred courtyard weighs 70 tons. It is the largest architectural piece in the world. We can stand to pause and appreciate how the temple has survived to this day. Today the temple is home to concerts and art organizations.

We need an effort to preserve these historical monuments from the past to the present to address how the head of Medusa, which you often see on postcards, matches with the Apollo Temple.

Medusa became one of the symbols of Didim and has a slit in the middle of her face, known in Greek mythology as one of the three female monster brothers in the underground world. Medusa is the only one among the brothers who have the title of death and has the ability to turn the face of the brothers into stone. This is why it is used frequently in POIs, large buildings, and sacred areas of ancient times.

Probably for the same purpose, a large number of Medusa inscriptions were prepared on the temple, but the statues were incomplete. The famous Medusa figure can be found in the temple garden entrance.


The Temple Of Apollo 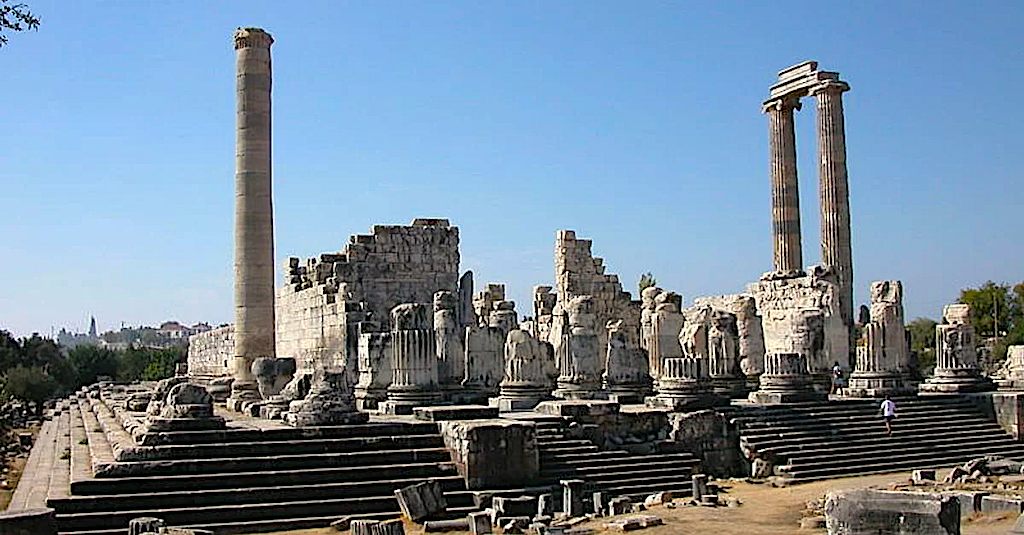