Pierre Loti Hill, the viewing cafe, located in the Eyup district on the shores of the Golden Horn, in the hilly area right next to the Eyup Sultan Mosque, is one of the most visited places in Istanbul by both local and foreign tourists. Stop by to sip Turkish coffee or tea against the view of the Golden Horn, take lots of photos, and enjoy the view more closely with the binoculars on the viewing terrace. The name Pier Loti sounded unfamiliar, after all, he lived in Istanbul at one time and wrote his novels while sitting here, taking his name from the famous French novelist and traveler Pierre Loti. Pierre Loti'nin real name "Julien Viaud" dur

The buildings on Pierre Loti Hill were expropriated by IBB in 1997 to bring them into tourism, and the wooden mansions were built in accordance with the original instead of the abandoned houses bearing traces of Ottoman-Turkish architecture serving as a hotel today.

If you are planning a pleasant trip to Istanbul, you can now rent a chauffeur-driven car or take advantage of our Istanbul transfer service

Book Car With Driver Per A Day

Even if you have a car, taking the cable car from Eyup to Pierre Loti Hill adds a different pleasure to the trip, you can reach the cable car operated by IBB by using your Istanbul card. Sipping your coffee in a mystical environment while watching the beautiful and relaxing view of the Golden Horn on Pierre Loti Hill is the best thing to do here.

While you try to reach the hill by car from the Gaziosmanpaşa side, there is no expectation until you see the crucial side of the hill. It is necessary to emphasize a point where the most beautiful photographs of Istanbul can be taken. You can also try to stay in a boutique hotel on the hill, besides the cafe with a magnificent view, there is also a restaurant. If you have a cemetery phobia, don't go to Pierre Loti for the first time, there is an old big cemetery stretching from the hill to the Golden Horn slope. On the European side of Istanbul, the hill that is climbed to take more cruising and panoramic photos, and another observation terrace on the European side, are an equivalent place to Ulus Cafe. It has the same characteristics as Çamlıca Hill against the Bosphorus on the Asian side.

The historical observatory and cafe are ideal places to watch the aforementioned unique view of the Golden Horn. It is said that Pierre Loti, who saw Turkey as his second homeland, frequently visited this cafe known as "Coffe of Rabia Kadın" at that time and wrote his novel "Aziyade" against the Golden Horn. Today, the area, which has been restored to its original "Turkish quarter" state, consists of places serving as touristic facilities. The region is mentioned as "İdris Mansion Promenade" in Evliya Çelebi's Travel Book. There are many historical buildings around Pierre Loti, which have been frequented by most foreign travelers who have come to Istanbul for more than a century. The wooden Kasgari Lodge with two inscriptions, dated 1813, is one of them.

Again, at the entrance of the facility, at the crossroads of the three roads, the building with a round white tombstone written in Persian in front of it is the Çolak Hasan Lodge. The historical building on the row of the Tekke is a Primary School. There is the tomb of a Mevlevi named "Iskender Dede", who died in 1589, right in front of the Mekteb and inside the facility area, which was built by İdris-i Bitlis, who was also an Ottoman history writer. One of the three wells in front of İskender Dede is the famous Wish (or Intention) Well. In Evliya Çelebi's Travel Book about this well; He writes that "those who look at the well see their wishes in the well". On the upper side of the tomb, there are the tombs of the Palace, Ali Ağa, and his family. In addition, the "Cistern", which is thought to have been built in the Byzantine period and used in the Ottoman period, is still in the middle of the facility.

Who is Pierre Loti? What İs Mean?

Pierre Loti is the name of a hill in the Eyüp district with a view of the Golden Horn, where the sunset can be watched. The hill got its name from a French writer.

Pierre Loti's real name is Louis Marie Julien Viaud. Born on January 14, 1850, Loti died on June 10, 1923. According to some sources, the name of Pierre Loti, a French novelist, was written during his student years; According to some sources, it is claimed that it was given by Tahitian natives during his Oceania expedition in 1867. “Loti” is the name of an exotic flower that grows in exotic climates in the literature.

Where is Pierre Loti?

Pierre Loti Hill is the name of the hill located on the upper side of Eyüp Sultan Mosque, in the Eyüpsultan district of the European side of Istanbul. It is possible to see both sides of the Golden Horn, namely Beyoğlu and Fatih, from the hill with an extraordinary view. The mosque domes and minarets rising on the historical peninsula of the Golden Horn are worth seeing. You can also see Fatih Mosque, Yavuz Sultan Selim Mosque, Suleymaniye Mosque, Beyazit Tower, Hagia Sophia Museum, and Topkapi Palace from afar with the binoculars on the viewing terrace.

How to Get to Pierre Loti Hill?

Those who travel by private vehicle can first come to the Eyüp center and follow the brown Pierre Loti signs from there. Those who will travel by bus can use the Eyüp buses and reach the hill by the cable car located next to the Eyüp mosque.

Access to Pierre Loti hill is provided with the help of a cable car.

Eyüp Sultan Mosque, which was built in 1458, 5 years after the conquest of Istanbul, welcomes more and more visitors day by day. The tomb of Eyup Sultan, which was built next to the mosque before the mosque, emphasizes the importance of this mosque. The mosque, which was built as a complex structure, is located in the Eyüp district at the end of the Golden Horn coast of Istanbul. Hz. It is in the place where Eyyub El-Ansari's tomb is located. The building is a great historical monument with units such as a mosque, madrasah, soup kitchen, bath, and tomb. The mosque, which was thoroughly ruined over time, III. Selim had it completely demolished and rebuilt, except for its minarets and foundations. It was built in 1798. 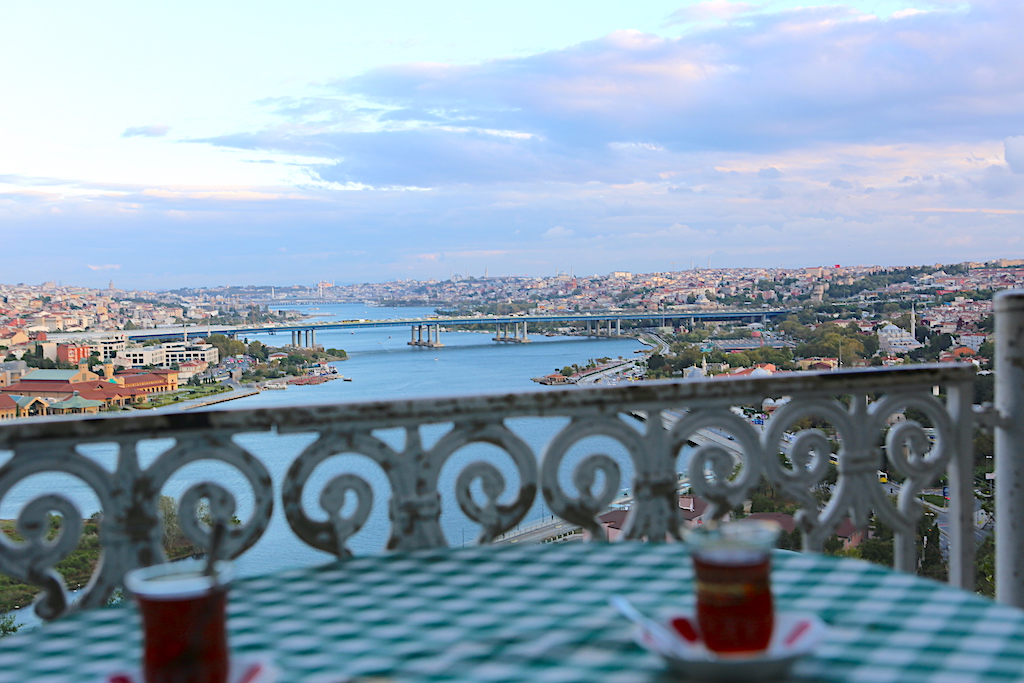 Abu Eyyûb Halid bin Zayd or Ebu Eyyûb El-Ensari known as Eyup Sultan is one of the Companions. He was the first Companion to host the Prophet Muhammad when he migrated from Mecca to Medina. For this reason, he was also called the mihmandar (host)-i prophet after this event. Later, in his 80s, he was martyred during the siege of Istanbul. There is a rumor that he was buried under the walls of Istanbul upon his will. According to the narrative, Akşemsettin later finds his grave through spiritual exploration. Currently, a mausoleum named after him is located in the Eyup district, which is named after him, and in the Eyup Sultan Mosque, which is named after him.

Abu Ayyub had a high rank in terms of virtue and perfection. As a Companion who received the education of the Messenger of Allah, he attached great importance to his sunnah, when he saw a mistake, he would tell the truth and immediately try to apply the sunnah. Abu Ayyub, who fell ill when the Islamic army besieged Istanbul, narrated the following hadith from the Messenger of Allah even in that state: "A righteous person will be buried at the bottom of the Constantinople wall." I hope that I will be that person (Ibn Abd Rabbîh, al-Ikdü'l Ferîd, II, 213). The commander of the army took Yazid Abu Ayyub's coffin among the soldiers, and the soldiers advanced by protecting this coffin during the battles. When the Byzantine commander, who was protecting the walls of Istanbul, saw this strange situation, "What is this?" Yazid asked, "This is the companion of our prophet. He bequeathed us to be taken to the interior of your country and buried. We will fulfill his request." The Byzantine commander: "What a foolish man you are. When you return and leave, we will feed him to the dogs." Yazid: "If I hear that you opened his grave or did something to his body, if I leave a church that we did not kill, Christian, and did not destroy, I would deny the Prophet who caused me to treat this dead person." Thereupon, the commander said: "I promise to protect his grave as much as I can, for the sake of the Messiah." A dome was later built on the tomb of Abu Ayyub, which was buried outside the walls, and this blessed man's tomb was preserved as a place respected by Muslims and Christians. Hadrat Abu Ayyub al-Ansari kept watching all night by himself around the tent of the Messenger of Allah while he was returning from the Battle of Khaybar and prayed for him, "O Allah, protect Abu Ayyub as he spent the night protecting me"