Chora was a church dedicated to Jesus, forming the center of the Chora Monastery, which was a large building complex during the Eastern Roman Empire. Since it is outside the city walls of Istanbul (Konstantinos), the name Chora, which means outside the city and rural area in Greek, was deemed appropriate for the building. Kariye mean in Turkish is Chora.

You may want to have a wonderful sightseeing tour in the unique structures of Istanbul in the most efficient way, and rent a car with a driver from Cab Istanbul right away. If you are staying in historical Istanbul, book a private transfer service now.

Book Car With Driver For A day

Although the exact date of construction is unknown, it is known that it was rebuilt on the site of a ruined chapel outside the city by Emperor Justinian (527-565) in the 6th century. During the Kommenos period, the church was used as a palace chapel for important religious ceremonies as it was near the Blachernae Palace. The building, which was destroyed by the destruction of the monastic buildings outside Chora, draws attention to Eastern Roman art with its architecture, mosaics, and frescoes that have survived to the present day.

Chora church was kept well during the conquest of Istanbul,  and it was converted into a mosque in 1511 by the Grand Vizier Atik Ali Pasha. Also, Sultan Bayezid added a madrasah next to it. Kariye Mosque has become a museum in 1945 as a Hagia Sophia.

Located in the historical district (Edirnekapı) of Istanbul, it is an impressive place where you can see the most outstanding examples of 14th-century Eastern Roman and Byzantine mosaics. It has the best-preserved mosaics and frescoes that have survived to the present day and shed light on the Renaissance period, adding a special artistic value.

The Presidential Decree which was published in the Official Gazette on August 1, 2020, Chora was converted into a mosque again

Mosaic of Marriage at Cana/ Jesus Turned Water into Wine 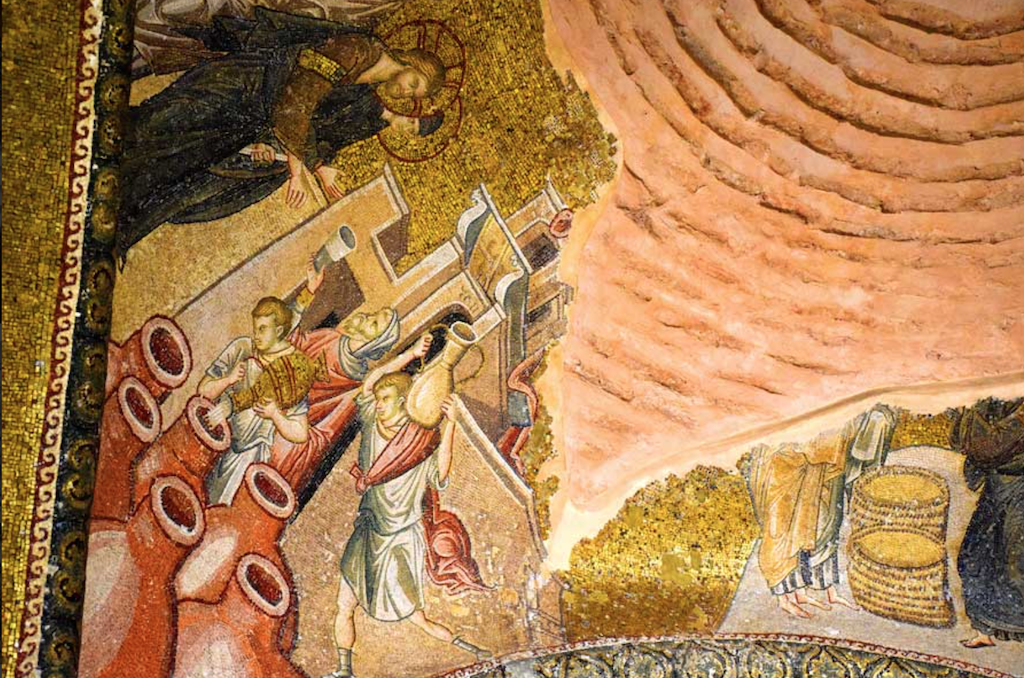 The word Chora means countryside in ancient Greek. The reason why it is called a rural area is that this old monastery was outside the walls of Constantinople at the time.

When we look at the history of Chora, it is known that there was a chapel in this area outside the walls before the city walls were built in the 5th century on the historical peninsula.

The first structure was built in place of this chapel by Justinian in 5. the century during the Komnenos period; it was used as a palace church for religious ceremonies.

The church, which was rebuilt during the reign of Emperor Alexios I (11th century), was destroyed during the Latin invasion in the 12th century. Later, it was restored in the 13th century and new mosaics were added.

It has survived to the present day by adding new structures to the Chora church.

Chora, which was used as a palace church and chapel in important religious ceremonies, continued to function as a church for a while. In 1511, II. It was converted into a mosque by Bayezid's grand vizier Atik Ali Pasha.

Details of this period consist of the minaret and the mihrab to the east of the main building. It was converted into a museum in 1945; Restoration works of the building, which were restored in 1948 and 1958, and started in 2013, are still continuing.

Chora was used as a church until 1511. As of 1511, it was converted into a mosque by Atik Ali Pasha by adding a minaret to the southwest corner of the church and a mihrab to the east.

After the foundation of the Republic of Turkey, it was converted into a museum in 1945.

Our Services All About Chora Museum
Important Artifacts In Chora

The most valuable works of Chora are the 14th-century Byzantine frescoes and mosaics. It is quite dazzling among the most preserved in the world. In addition, many resurrection mosaics stand out

The mosaics and frescoes in the Chora Museum were discovered by the American Byzantine Institute in the 1950s. 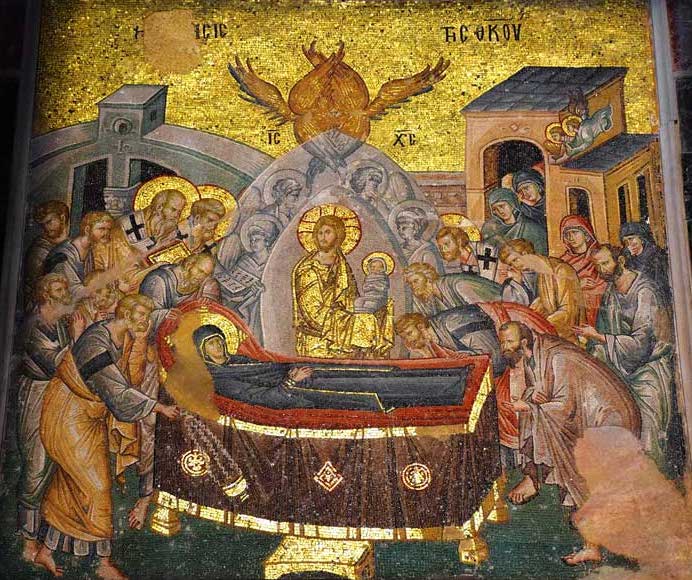 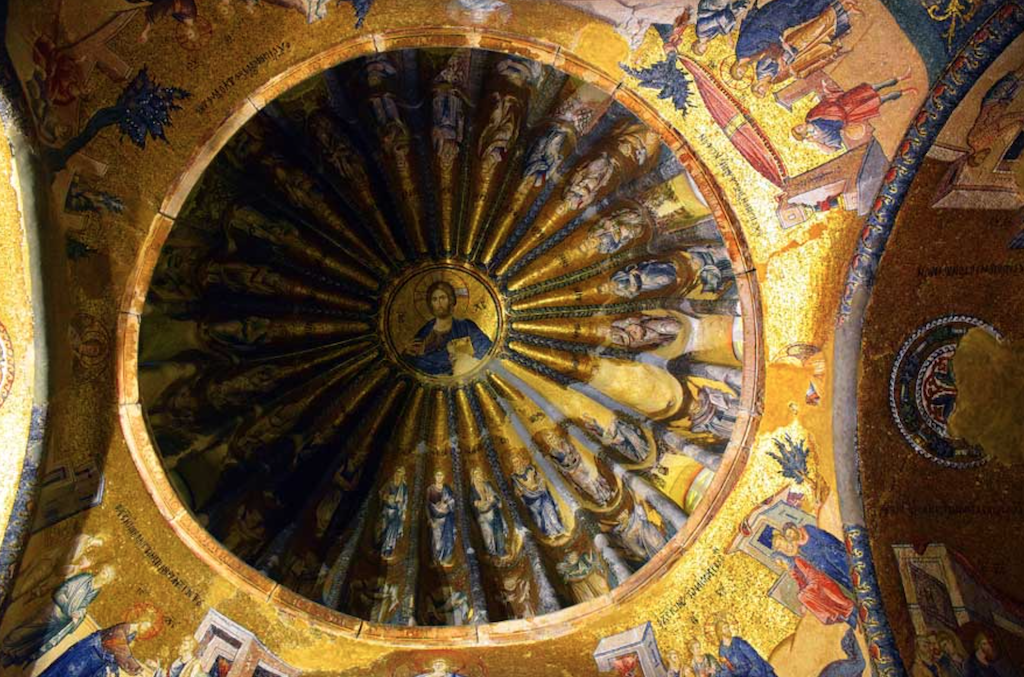 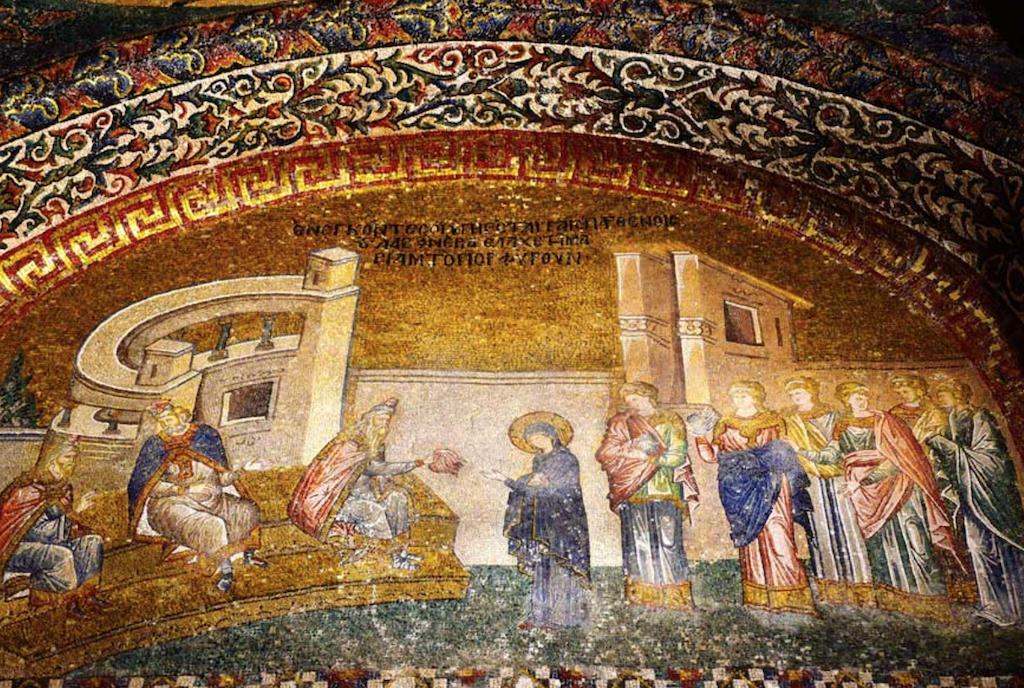