Istiklal street means Independence street it considers the heart of Istanbul every day more than three million visitors walkthrough through it. There are many fashion shops, cafes, and bars. İt's attracted to locals and visitors at the same time.

The most important situation perhaps the first condition of a gloomy person who says that I have visited Istanbul is Istiklal Street. When you walk down the street, you will see Istiklal street offers street artists, and anyone who cannot attend the current media, show up the works of art on Istiklal Street, among them there are frequent crowds. İstiklal Street has continued its commercial and social activities throughout history.

Best clubs in İstanbul ( mostly at Taksim or at Bosphorus) Click here!!!!

Beyoglu is a fascinating district with its taverns and cafeterias that serve until the first light of the morning in the Tepebaşı region, artisan restaurants that stand out for pot dishes, many stores with shopping opportunities and a nostalgic environment. The area, which stands out with its bookshops, art galleries, museum and exhibition halls, and historical buildings, is highly preferred by tourists.

Taksim Square is in the heart of Istanbul and is literally considered the heart of this city. It is the place where Istiklal Avenue begins and at the northern end of Taksim square. This site has been famous for many demonstrations and protests since the famous Gezi Park protest in 2013. Here you can witness the Republic of Turkey founder Mustafa Kemal Ataturk statue.

There are few churches in this area, but the largest one is the Church of St. Anthony, the Church of Padua is a unique Neo-Gothic architectural building. It is a fully functioning church and a place of worship for Christians who mostly live in Istanbul. One of the most attractive places in Turkey some people consider it like a small sample for Istanbulso when a tourist says that I have visited Istanbul means Istiklal Street. While the Genoa extension group contained from Latin communities of the Byzantine period, the synchronization of activity zone called Beira with the growing commercial life of the Ottomans empire.

The funicular is the oldest rail transportation vehicle that works on slopes like a mountain or hill by pulling up with ropes. Between 1869 and 1966, the inclined mountain train was first used and electric vehicles were used. In Turkey, a single line of 1.65 km from Karakoy to İstiklal Street, in 1990 stopped it for the traffic cars route. Due to Istiklal Street's folkloric diversity in the past, the street is almost like an open-air museum. Also, protest activities and, cultural events, as well as the best opportunities of shopping and rich food and drinks for 7/24.

The Mevlevi Museum is an old lodge of the whirling dervishes of Istanbul. Here you will find the clothes, instruments, books that this student used. They also organize rotating dervish shows in the side halls, also known as Sema rituals.

This museum is a great way to understand Rumi, one of the greatest poets in the world with the mystical sect of Islam.

You can also visit famous museums such as the Pera Museum and smaller places such as the Egyptian Apartment. It organizes many local and international famous small and large exhibitions.

If you are an art lover, you should definitely try these amazing things on Istiklal Street in Istanbul.

For shopping, local and foreign visitors are advised to visit Atlas Passage in the historic old bazaar on the street. The Aznavour passage and the Halep passage mainly include shops selling clothing, jewelry, and accessories. At Terkos Passage you can find the end of the accessory, high brand outlet products at very reasonable prices.

If you are going to dine in the evening, Istiklal street also is a historic Cicek arcade (flower passage) this is a passage of famous historical arcades, named by the name of Russian women who were selling flowers in that area, after the Russian revolution in 1917, and the arcade contains many restaurants, cafes, wineries, as it was a theatre, but destroyed in a fire, the flower lane is a remarkable achievement for architecture.

Otherwise, Nevizade or Beyoglu fish market can be the perfect place for dinner. Better to visit those places without having a meal!! Cab Istanbul is pleased to offer transportation and touristic travel services in any region of Turkey. We believe the transportation service we provide is the right choice for your needs, available 7/24 car rental with a driver. Affordable airport transfer to all places in Turkey.

Taksim / Istiklal Street, which visitors to Istanbul must add to their route, often heard by visitors. The place where tradesmen come to open their shops, Where scene for street artists, and where people like to stay away from lonely to take a breath for a while, are also home to many high-quality venues that are almost 24/7. Taksim will remain in your memories as a detail worth seeing in every aspect.

Like every other crowded place, this is also a small crime place. Although rare, it's still a crime possible, this is a reason to keep your valuables things close to yourself. 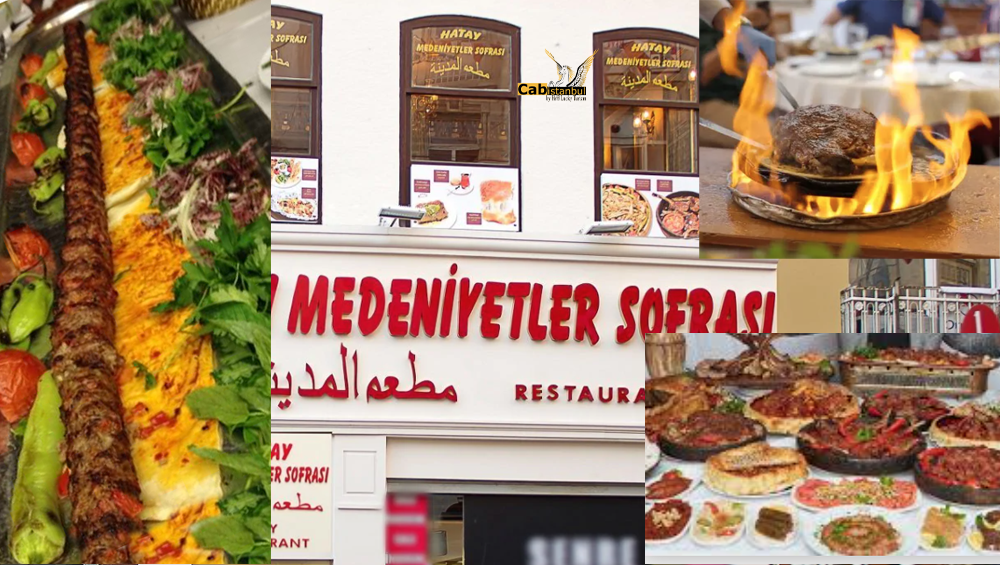 Super Indeed, Istiklal Caddesi is my favorite place in Istanbul. There are a lot of things to do, you come here when I'm bored. İm living near here

One of the popular things around Istiklal Street is undoubtedly its bars. Beyoglu bars street is already famous.

The glass curtain on the Terrace of the Historical Egyptian Apartment adds a distinct beauty to the Bar. It has a panoramic view. It has an area of ​​800 square meters.

It is a unique place where you can enjoy your drink on Istiklal Street.

It serves in the famous Atlas Passage and in cafe-bar style. Open since June 1992. Open continuously on weekdays and weekends except for Monday. Jazz, punk, rock, R&B are the most popular music genres.

It is a simple place where only drinks are served. Plays dance and pop music.

A cafe bar located on Istiklal Street since 1994. It has a warm, friendly atmosphere. Rock, Pop, Jazz Blues, R&B, Alternative Rock music genres played in the venue. In addition, popular songs of the 60s and 70s are played every Tuesday.

If you want to go to Beyoglu bars while walking on Istiklal Street, ask someone using google maps Because you will have to turn to the street.

Taksim is attracted local and foreign tourists with its historical streets, shopping and entertainment, and local and modern hotel management facilities.
We can divide Beyoglu into three regions according to the density of accommodation facilities. The back streets of Sıraselviler and İstiklal Street are full of boutique hotels. Talimhane, which stands out with its pedestrian streets and many hotels between Harbiye and Taksim; is among the most ideal areas of Taksim for accommodation.

Pera district, Mesrutiyet Street, or Tepebasi are among the most vibrant and popular accommodation and entertainment places not only in Taksim but also in Istanbul.

The region that starts parallel to Istiklal Street and joins the Defterdar Yokusu (slope) and extends to Tophane is called Sıraselviler. There are many cafes, restaurants, bars, and hotels along the street, as well as shops, art galleries, and historical buildings that offer shopping options. There are many beautiful facilities in the region, which are also rich in accommodation options.

Talimhane region is one of the touristic centers of the district, which have been reorganized with great changes. The area, which was the training center of the Artillery Barracks in its historical past, is also at the center of interest with its many restored buildings, tens of touristic facilities, and pedestrianized streets. Talimhane, the district with the largest number of hotels in Taksim, offers many options for all standards of accommodation.

We have compiled places where you can eat delicious food in Taksim streets, which host millions of people during the day.

Since the taste of those who say what to eat in Taksim will be different from each other, we wanted to suggest places with a wide menu from dessert to salty. While you are eating your favorite food, Taksim's joy and excitement continue to flow.

Where to Eat in Taksim?

How to get from Taksim to Istanbul Airport?

Today, we will write Havaist to go from Istanbul New Airport to Taksim.

Havaist Airport Taksim and Taksim-Havaist Buses Make Shuttle Expeditions and are cheaper than the Private Transfers that we serve, if you do not have excess baggage, the bus is the right choice.
From Taksim to Istanbul Airport by Havaist Airport Buses: