places to visit in (Nicaea) Iznik

Nicaea is an ancient habitation that hosts various civilizations due to its fertile lands, trade routes and many other reasons. At the same time, due to the establishment of the Ottoman Empire in the early years. Nicaea has many historical monuments, and has been in the category of the most important places throughout history, İt's ocated at the center of country, Nicaea (iznik) is an open-air museum that receives visitors day of the year. Besides its historical monuments, it has a magnificent nature that made Nicaea a region attracts the attention of both locals and tourists. For all these specifications, it's considers one of the most important places that should be visit list in Turkey. Let's see together the charming places in Nicaea. 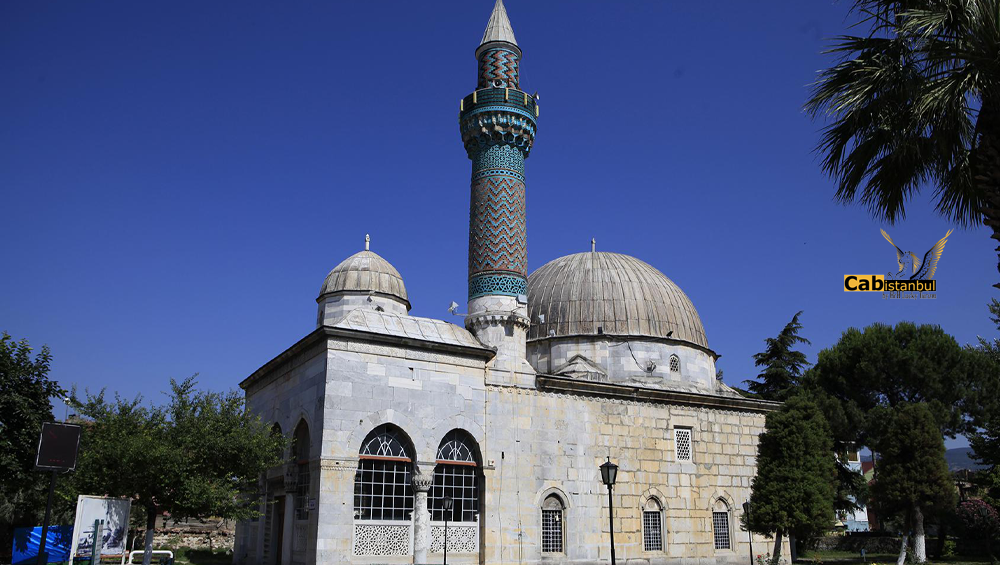 Nicaea (iznik) Lake is located in the district of Nicaea in the province of Bursa-Turkey the 5th largest lake in Turkey. It takes its name from the Nicaea district on the coast. It is one of the rare places that Turkish people visit. Nicaea (iznik) Lake covers an area of approximately 300 km and has freshwater. If you are bored from the the noise and intensity of the city just leave yourself to the tranquil and calmness of lake.  Here where you can take the advantage and go on a canoe trip. It is strongly recommended to watch the sunset on Nicaea lake. 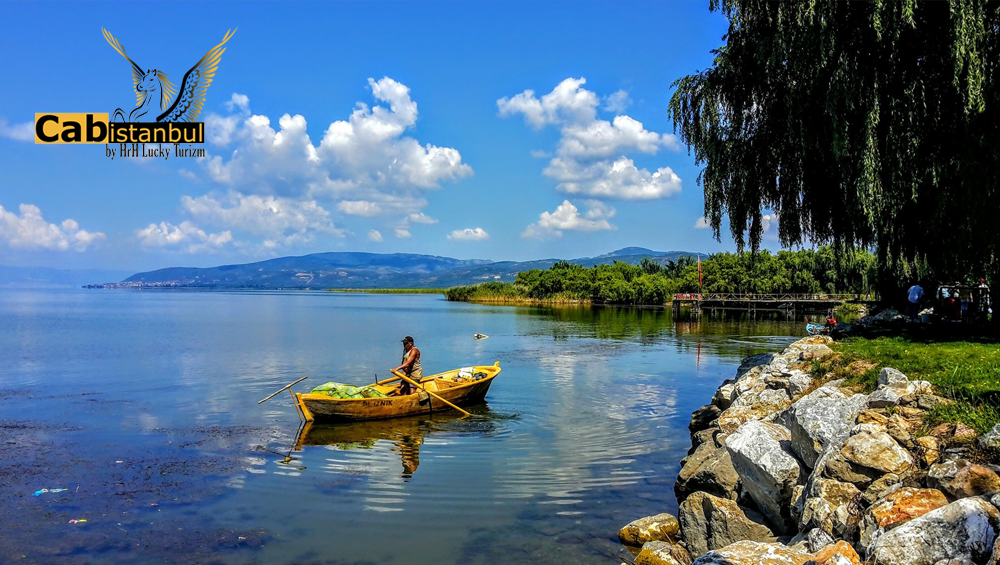 Green Mosque Bursa (Yeşil Cami) located in the district of Nicaea in Bursa. One of the most important structures of early Ottoman architecture. Ottoman Empire has extraordinary evolution in architecture art by having only one minare among the mosques. It was built by Halil Hayrettin Pasha from Candarli on behalf of the architect Haci Mustafa. It is named after the tile decorations in the minaret of the mosque. During the occupation of Nicaea by the Greeks, Green mosque which has a unique design of the tiles were repair for several times and put into service in the early years of the establishment of the republic. 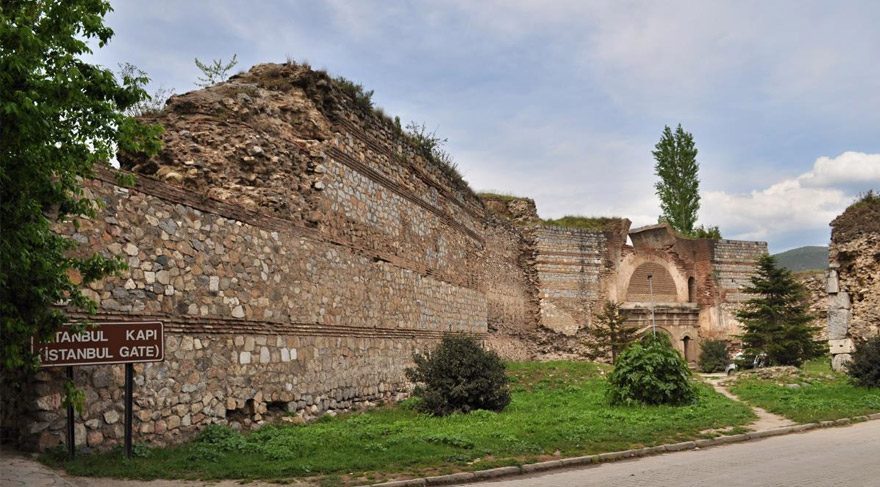 Canyon of Sansarak is located in the district of Nicaea. It is a canyon frequently visited by tourists. An ideal place for camping and hiking. Sansarak Canyon, which is full of campers on weekends, offers hiking opportunities, one of Turkey's most challenging hiking trails here. Before you start your trip on the canyon, you can visit the Ottoman village houses in Sansarak and have a wonderful village breakfast. 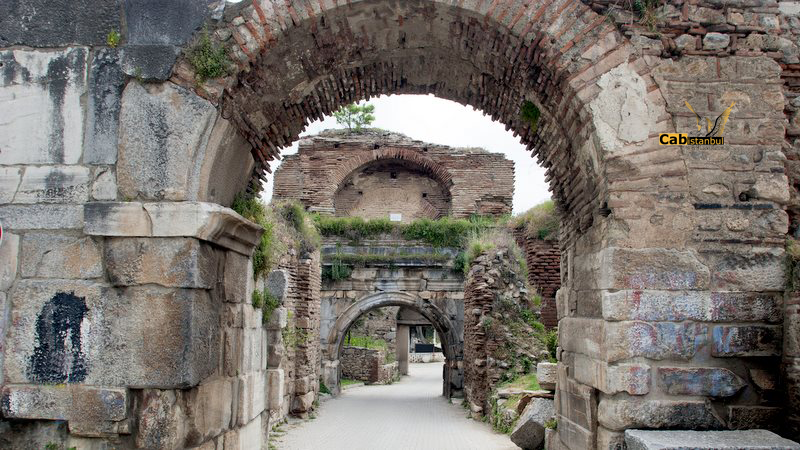 Keramet Thermal Springs is located in the Nicaea. This area was named after Father Keramet (Miracle) who lived there and it is find that warm spring water is a healing for many diseases. Where many tourists come to Turkey for healing and relaxation at the spa. Due to the hot water temperature it considers more effective especially in the winter. 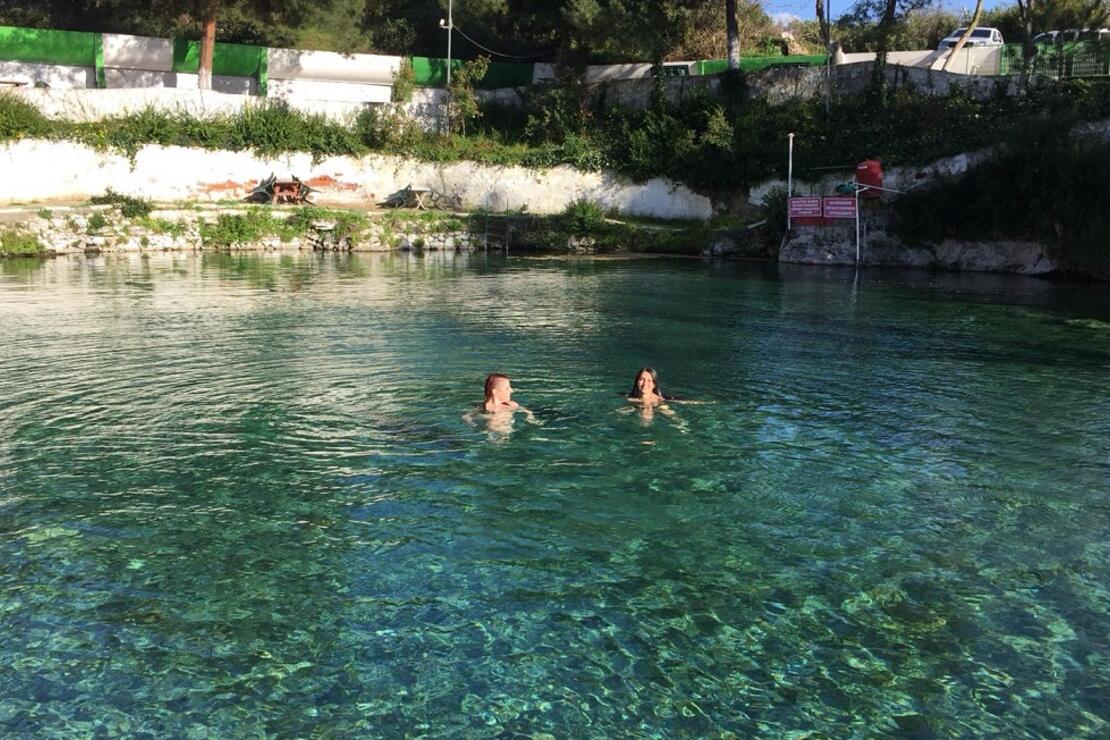 İstanbul gate is located in the district of Nicaea in Bursa. It is one of the oldest historical place in the region. Structure BC dates back to the 4th century. Istanbul gate consists of 3 separate sections. It has been home to many civilizations throughout history, İt's still one of the few surviving place. There are many graphics on the walls. After the wars, they used to depict of the defense of the soldiers and many details are depicted in these walls.

Hagia Sophia Museum-Nicaea, in Bursa. Orhan Gazi, the second sultan of the Ottoman Empire in 1331, used it as a place of religious rituals of Byzantines until the conquest of Nicaea. Immediately after the conquest, minarets and mihrabs were added and used as mosque. It is also known as the Hagia Sophia Church, the Hagia Sophia Museum and the Sultan Orhan Mosque and is therefore the only place in the world known by three different names. It has the title of being the first mosque converted from the first church that joined the Ottoman Empire. This structure, which attracts the attention of Christians and Muslims, hosts thousands of locals and tourists every year. 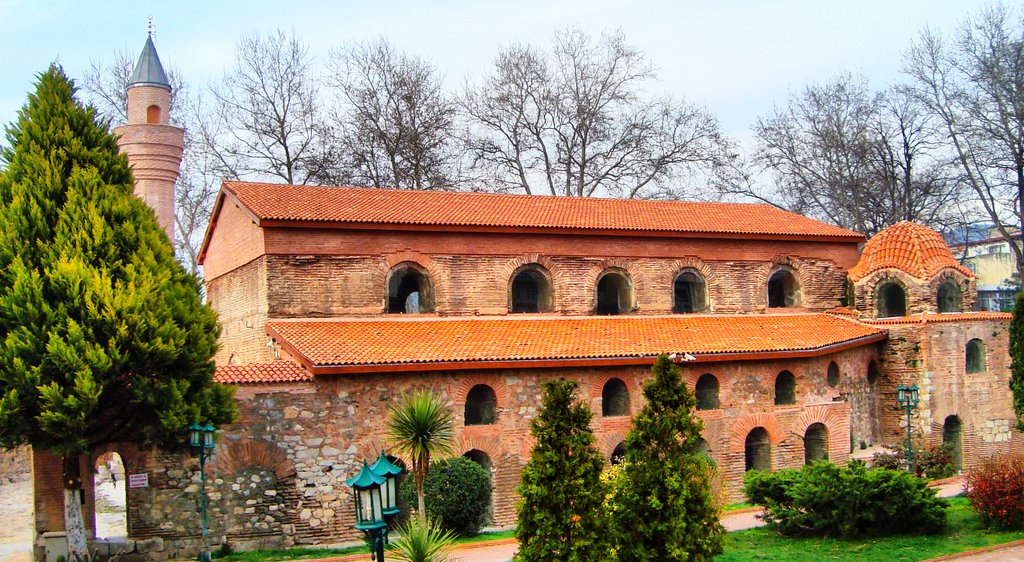 Nicaea  Castle is located in the district of Nicaea in the province of Bursa. It is a building dating back to 258 BC. It is known to belong to the Roman period.  The castle has many gates including the Istanbul gate. The names of the other gates are Yenisehir (new city) , Lefke and Gol (lake) gates. The castle also has 12 secondary doors. The support of the walls by the bastions has allowed Nicaea Castle to survive to this day. 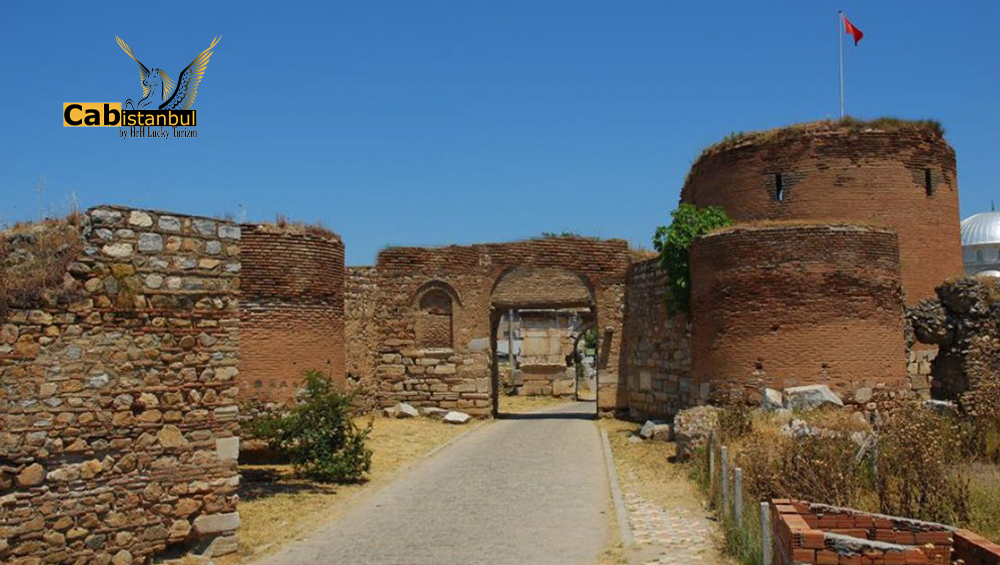 Nicaea Museum is located in Nicaea-Bursa. It was opened in 1960, the building, which was built in the name of Nilufer Hatun, the wife of Orhangazi.  He was second sultan of the Ottoman Empire, was used for many purposes over years and was used to be as a hotel in 1388, this historical site carried the best examples of Ottoman architecture. The museum exhibits archaeological artifacts collected after excavations from the surroundings. There are many historical monuments from the Romans, Byzantines and Ottomans in the museum garden. 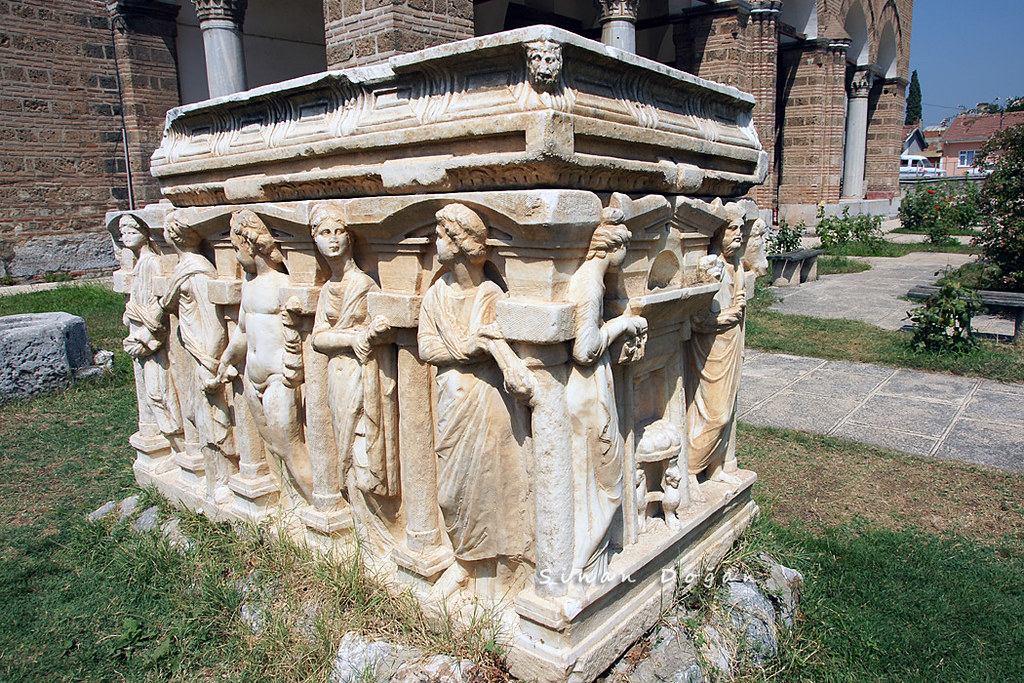 Nicaea Ancient City is located in the district of Iznik in the province in Bursa. It was founded in the early ages and has hosted many civilizations over many years. The city is known as the capital city of the Kingdom of Bithynia during the early years of construction. Later it was used as an important center for the Romans. B.C. Nicaea Old City was destroyed in the 4th century and later rebuilt by a commander next to Alexander. There is an old theater in the city, the paintings on the stone where different historical ruins and important events for each society still known. 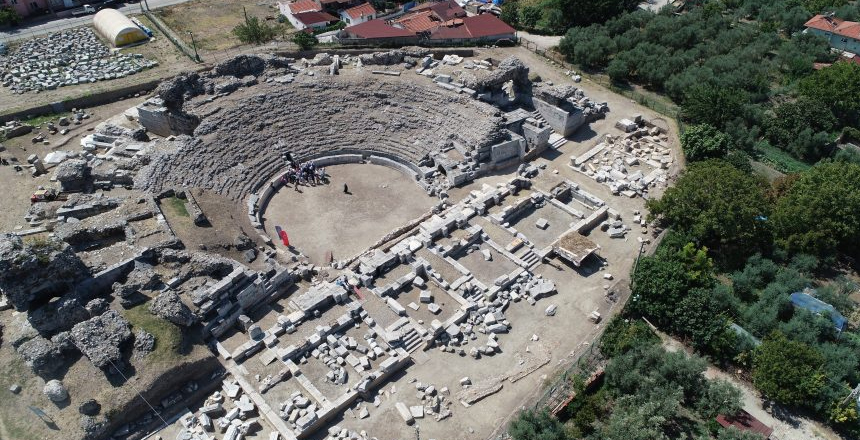 Would you like to spend your holiday in a unique place are a fan of beautiful places and stunning views inside Turkey? Cab Istanbul offer you range of services like a Bursa Tours, Sapanca Tours and Bosphorus Cruise Tour. Just relax and visit us. Advantages of Cabistanbul  services such as limousine services, Istanbul Tours and Car Rentals contact us now...