Places To Visit in Söğüt

Söğüt has many historical places to visit as it is the place where the Ottoman Empire was first established in Bilecik. From the establishment of the Ottoman Empire to the period of the War of Independence, many buildings were built in the region and attracted great attention from tourists. Historical buildings in Söğüt generally belong to Osman Gazi, Orhan Gazi, and Ertuğrul Gazi periods. In addition to historical structures, it also has natural beauties to visit. Among the places to visit, there are tombs, mosques, fountains, recreation areas, and hot springs. Since the places to visit in Söğüt are generally located in the district center, there is no problem with transportation.
Get the most out of your trip by a hire a car and driver from Istanbul to have fun in Söğüt for the day. Don't forget to make a reservation for a private Istanbul-Söğüt transfer.

Although there is no clear information about the construction date of the Ertuğrul Gazi Tomb, it is known that it was built as an open tomb by Osman Bey, the founder of the Ottoman State, in the 13th century. It is one of the buildings that sheds light on the deep-rooted history of the district. The tomb, which belongs to Osman Bey's father, Ertuğrul Gazi, has been restored at various times and has managed to reach the present day. There are flags of Turkish states at the entrance.

The tomb, which has been maintained and repaired many times since its construction, is located in a garden surrounded by trees. The tomb was renovated for the last time by Abdulhamid the 2nd between 1886-1887 and took its present form. When you visit the area, you can also see the historical fountains right next to the building.

You can visit the Ertuğrul Gazi Tomb for free.

It is very easy to reach Hamidiye Mosque, which is located in the district center. You can reach the mosque, which is only a minute walk away, via Dellal Street.

Hamidiye Mosque, one of the important historical buildings of the district, was built by Abdulhamit II between 1903 and 1905. The building, which has two minarets, is also known as the "Double Minaret Mosque" by the locals. The outer walls of the mosque, which is covered with a single dome, were built using red-cut stone.

The mosque, which draws attention as a historical building from the Ottoman Period, carries the Neoclassical architectural features of the period it was built. You should definitely add the building, which is of great importance in terms of faith tourism, to your Söğüt list of places to visit.

You can visit Hamidiye Mosque free of charge. It is open to visitors throughout the day.

Dursun Fakıh Tomb, located in Kure Village of Söğüt district, is approximately 10 km away from the district center. For transportation; You can use Bilecik Söğüt Road.

It is a historical mausoleum belonging to Dursun Fakıh, the son-in-law of Sheikh Edebali and the leg of Osman Gazi, the founder of the Ottoman State. Every year, many tourists from outside the city come to visit the tomb, which is among the historical structures worth seeing in the district. It is one of the places that attract the attention of those who are especially interested in history.

Dursun Fakıh, who played a major role in the development and rise of the Ottoman Empire, received training on important subjects such as hadith and fiqh during his lifetime. Thanks to these pieces of training, he made great contributions to the Ottoman Empire and served as a scientist. Söğüt is one of the places you should definitely add to your list of places to visit.

There is no entrance fee to the Dursun Fakıh Tomb. There are no visiting hours.

Söğüt Çaltı Thermal Spring, located in Çaltı town of Söğüt, is approximately 11 km away from the district center. For transportation; You can use İnhisar Söğüt road.

Söğüt Çaltı Thermal Spring is one of the popular places in the district with its healing waters. There is no hotel or any  accommodation facility there. For this reason, it is more suitable for daily visits. Every year, many local and foreign tourists from outside the city come to the region with the intention of finding healing.

The hot spring water has a temperature of 38 degrees. In addition to being medicinal, it is also consumed as drinking water. It is said that it is good for many ailments such as gynecological diseases, chronic diseases, herniated discs, skin diseases, rheumatic diseases, and stomach diseases. There are cafes in the area where you can meet your eating and drinking needs. You can use from Söğüt Çaltı Thermal Spring free of charge.

It is extremely easy to reach the Çelebi Sultan Mehmet Mosque, located in the town center. You can reach the area, which is about a 3-minute walk away, via Zafer Street and Osmangazi Street.

The mosque, which was built in a rectangular form, has a total of 12 domes. It was restored by Abdülhamit II and took its current form. It is one of the places visited by history lovers. The mosque, which has great importance in terms of faith tourism, is among the places you should definitely add to your list of places to visit in Söğüt.

You can visit the Çelebi Sultan Mehmet Mosque free of charge. 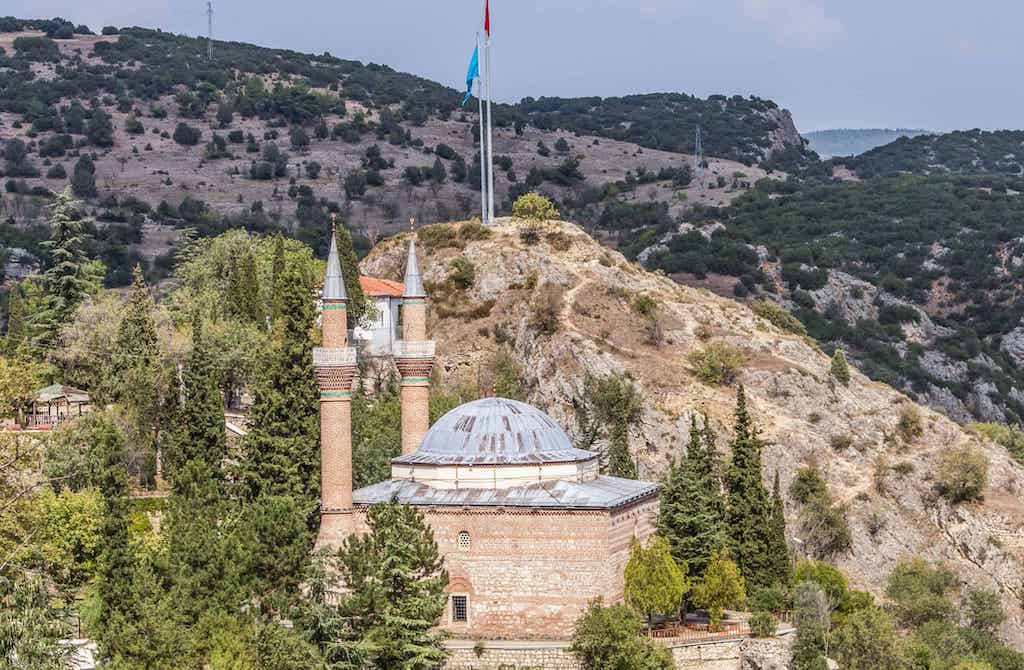 Söğüt Ertugrul Gazi Museum, located in the district, is in a close location. For transportation to the museum, which has approximately 3 venues; You can use Dellal Street and Kayıboyu Street.

There is no clear information about the construction date of the Söğüt Ertuğrul Gazi Museum. Being sent by Memiş Ağa is told by those who love to be told history. After the maintenance and repair work was carried out in 2001, it was opened to the public.

Entrance to the Söğüt Ertuğrul Gazi Museum is free.

It is located close to Söğüt, which is located in the district. For transportation to 2 places; You can use Zafer Street.

The fountain, which was built by the district governor Sait Bey in 1917, is one of the historical buildings of the district. Design 4 facades in neoclassical architectural design. The gilding motif decorations of the building from above are remarkable. You can also visit the "building" free of charge as the "District Governor Sait Bey Fountain". 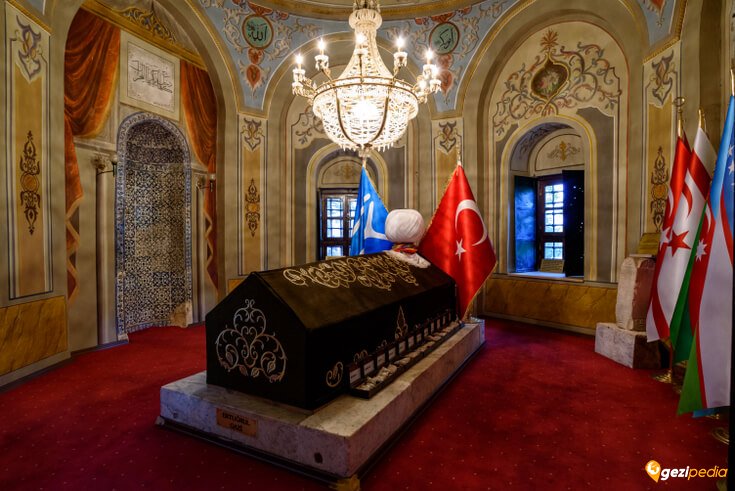 The Monument of the Turkish Elders is located in the Türkmenbaşı Neighborhood of the Söğüt district. It is approximately 1.5 km from the town center. You can reach the area by walking on Ertuğrul Street. The Turkish Elders Monument is located near the Ertuğrul Gazi Tomb. The region where the monuments of the first Turkish state founders are located is among the places you must visit when you come to Söğüt. Also, "Söğüt Ertuğrul Gazi Commemoration and Yörük Festivals" are held in the region.

You can visit the Turkish Great Monuments free of charge.

Getting to Hamidiye High School, located in the district center, is extremely easy. It is possible to reach in a very short time on foot via Dellal Street and Zafer Street.

Hamidiye High School is one of the important historical buildings built by Abdülhamit II in 1905. The building, which consists of two floors in total, was turned into a library after some renovation works and put into service. Söğüt is among the places you should add to your list of places to visit.

Best Places To Visit in Söğüt

Söğüt is one of the districts that contain many natural beauty areas and historical buildings. In addition to these beauties in the district, there are many places close to the region and suitable for day trips. You can have a pleasant sightseeing experience by exploring the beauties around the district.

Harmankaya Canyon Nature Park is located in Karahasanlar Village of Yenipazar district of Bilecik. It is approximately 68 km away from the town center of Söğüt. Declared as a national park in 2013, there are many waterfalls and caves that fascinate visitors.

The region is also very suitable for nature sports. You can do many activities such as mountaineering, rafting, trekking, and camping here and have a very enjoyable day.

Bilecik Museum is located in Bilecik city center. It is approximately 29 km from the town center of Söğüt. The building, which was built as a gendarmerie building in 1794, was turned into a museum in 2007 and opened to service. It is possible to see many archaeological and ethnographic historical artifacts closely in the museum, which is frequently visited by history buffs.

There is no entrance fee to Bilecik Museum. It is open to visitors every day of the week between 08.30 in the morning and 17.30 in the evening.

Kınık Waterfall is located in Bilecik city center. It is approximately 50 km from the town center of Söğüt.

Kınık Waterfall is one of the most popular natural beauties of the city. The region, which offers a magnificent view of nature to its visitors, is very suitable for trekking and picnicking. You can spend a quiet and pleasant day away from the noise of the city with your family or friends.