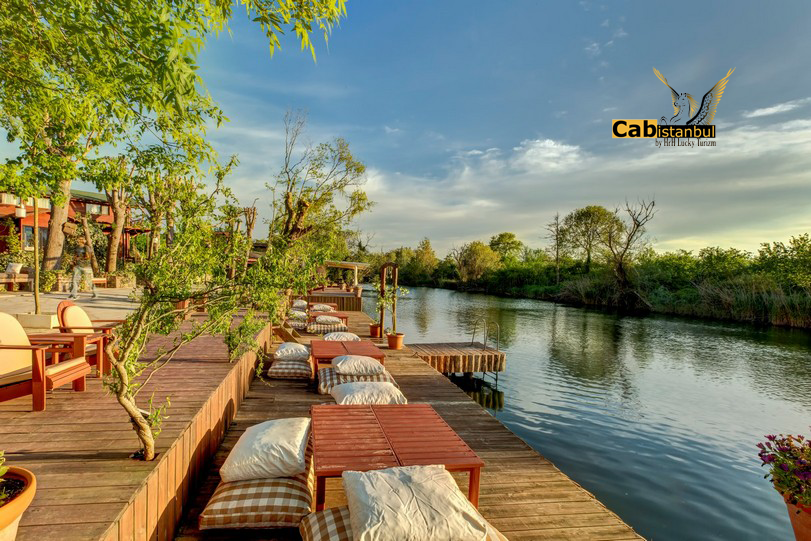 Shile (Şile) is a district of Istanbul located on the Black Sea coastline, 70 km from Istanbul. Border in the north east of the Marmara Region,Shile has an extraordinary location surrounded by Kandira in the east, Derince and Gulf (korfez) in the south, Pendik and Gebze in the south, Cekmekoy in the southwest and Beykoz in the west. 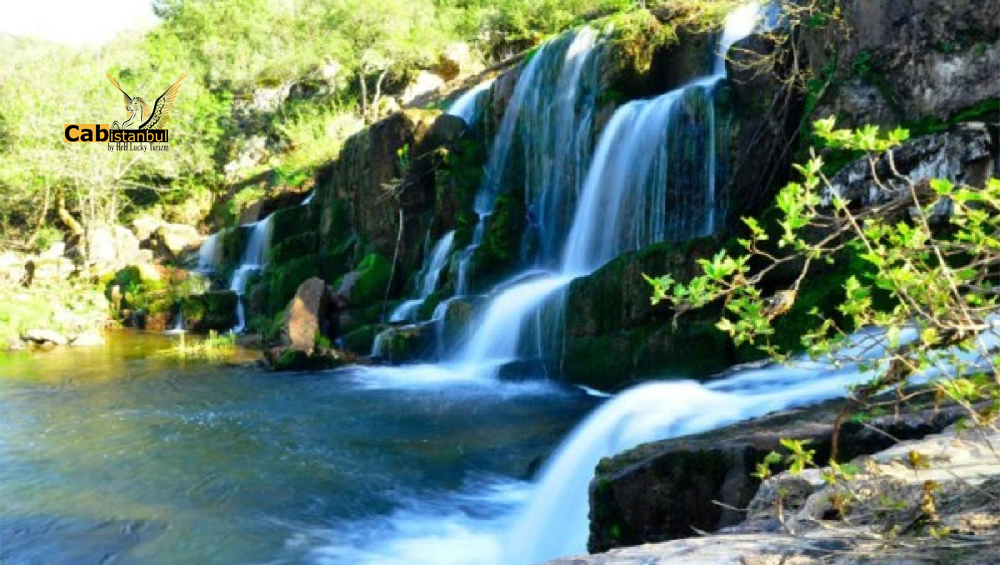 Tourists and locals are attracted to Sile coast and sea, the Shile region is the best option to spend the most fun of holidays. Sile Castle, Sile Lighthouse and Historical Sile Houses, Hanim Fountain, Ottoman Bath and Church ruins, Yenikoy’s Baptistery and Sarikavak and Heciz Castles are among the places worth seeing in Sile, especially in Agva. 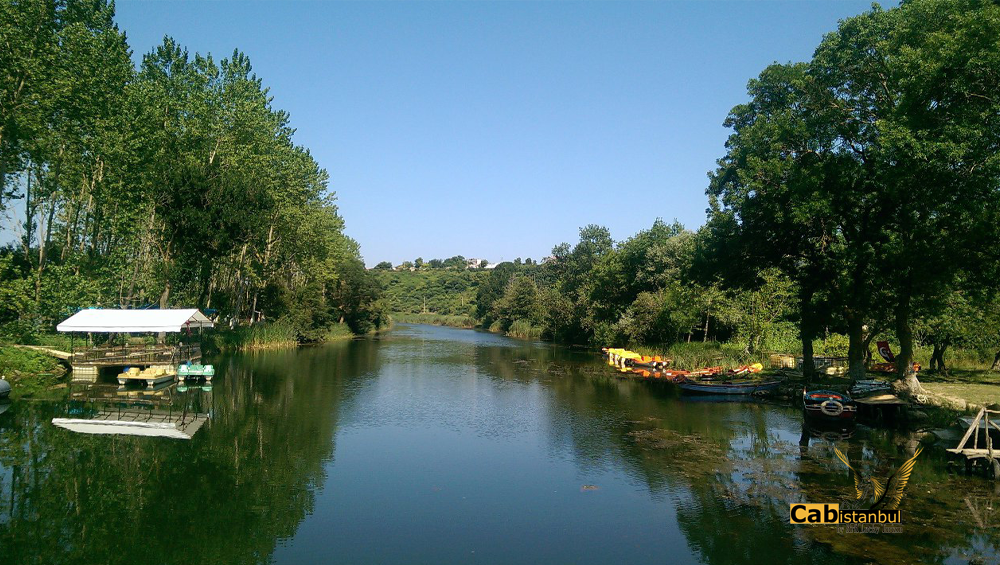 Sile is one of the oldest discoveries in Istanbul, serves as a shelter for the Christians who escaped from Roman oppression to Sile's caves. Sile the district has been named Aschil, Philee, Artene, and Kilia in the past.

Lighthouse of Sile is the vastest lighthouse in Turkey, island castle of Sile ,Yenikoy, bridges, fountains, ruins of the church are the foundation of the Greek in Sile. First name that come to mind when Shile is mentioned is  Hatice Hanım fountain this fountain was built by an Egyptian woman named Hatice Hanım. Also, there is in Sile another called the Kabakoz Fountain, which was built by the Byzantines in 1871, this fountain is one of the most famous fountains of the region.

Shile Lighthouse is an iconic structure of the district, which was built in 1859 during the Ottoman Empire in 1859 on 60 m high rocks. It is one of the two lighthouses providing coastal security in the Black Sea with a history of 156 years. You can also visit the Sile lighthouse, which serves as a museum today. 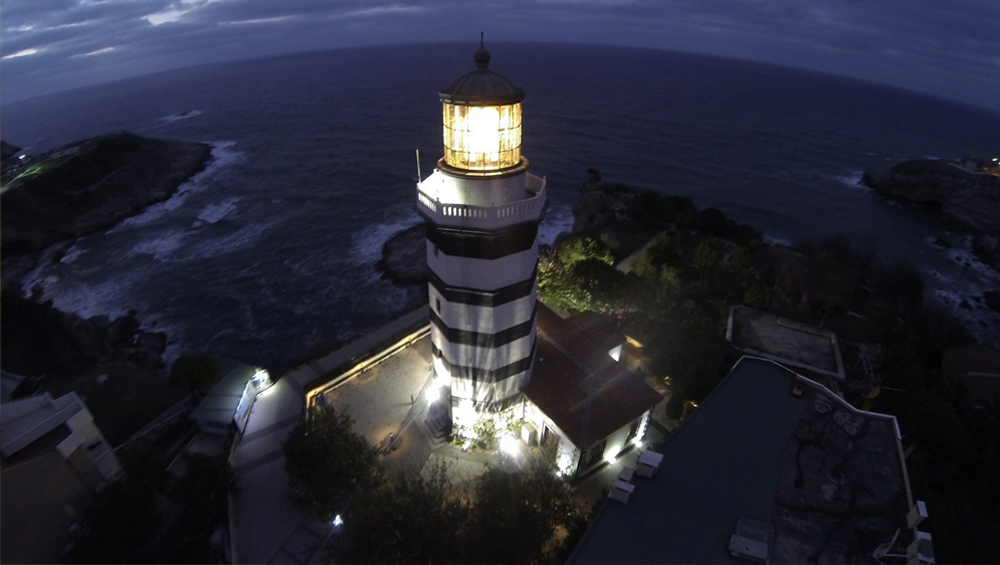 Sile Castle (Sile Ocakli Ada Castle), built by the Genoese and used by the Ottomans, Sile Castle was built for surveillance of 100 m2 wide and 12 m high against attacks from the sea. The castle, which is a small clock castle next to Şile Harbor, is another landmark of the region. The previously unknown castle is full of visitors today. 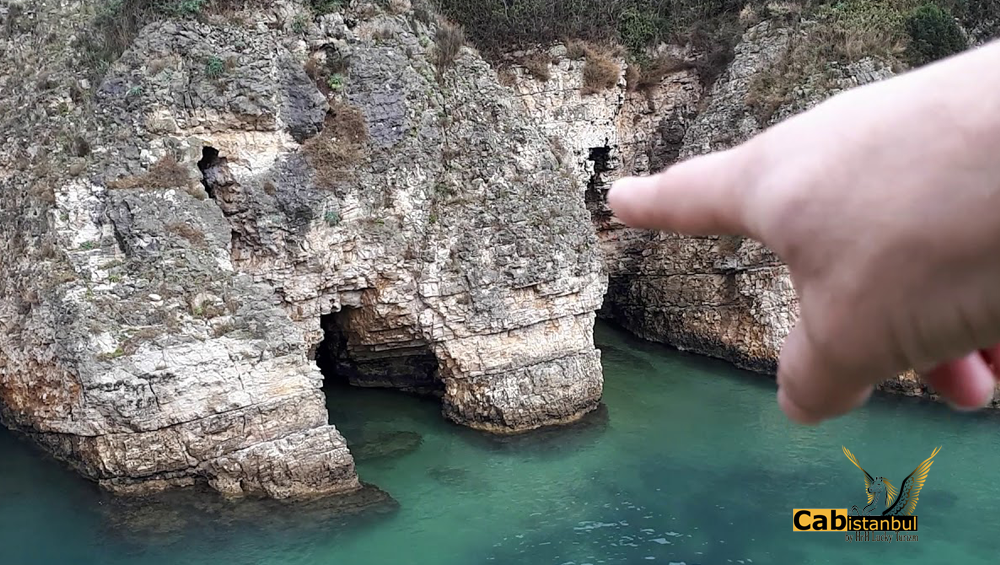 Crying Rock is a water source emerging from stones. The name of the weeping rock is similar to the flow of tears because Crying Rock is one of the natural beauty of Sile. Located 10 km from the city center and 60 km from the shores of the Black Sea, the charming Aglayan Kaya is 600 meters behind the Sile lighthouse. 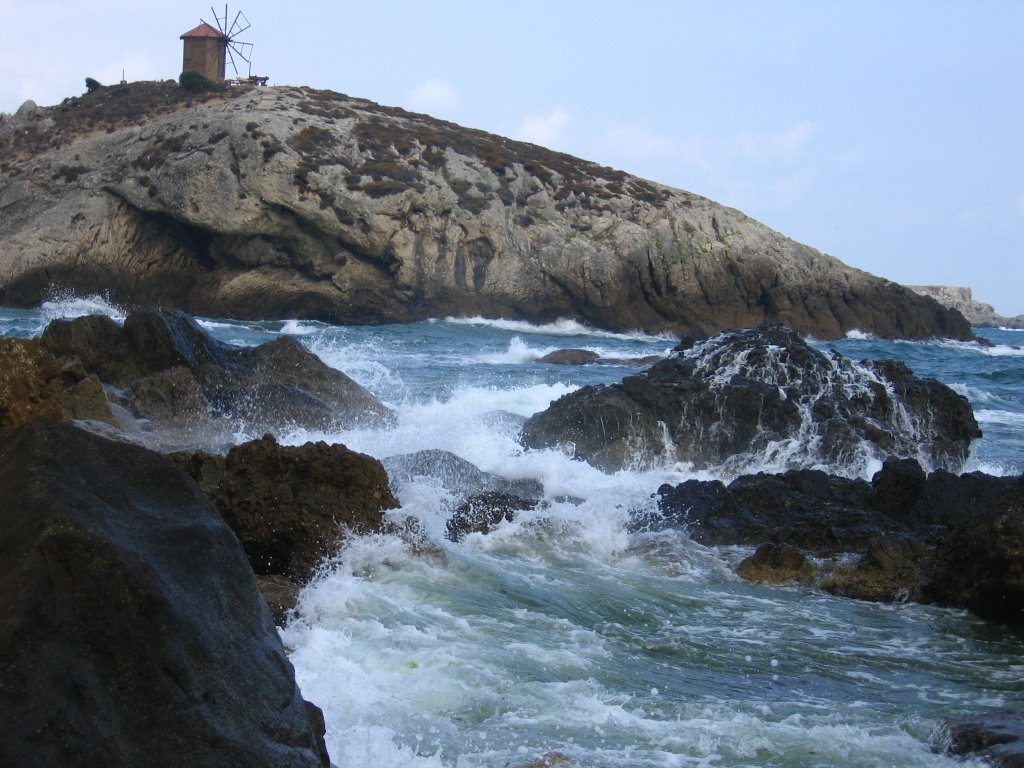 Kumbaba (Sandfather) Hill is one of the most important touristic places of Şile. It is an area of red and orange coloured sands on the hill. It is also said that the sands containing Kumbaba Tomb are good for many diseases in the region. According to the story of Kumbaba, who discovered that the sands were good for healing the diseases. The hill named after him and he was buried there. The hill, which is 2 km away from Şile, consists of iron-copper alloy and radioactive sands and has been used in the treatment of many rheumatism patients since the Byzantine period. 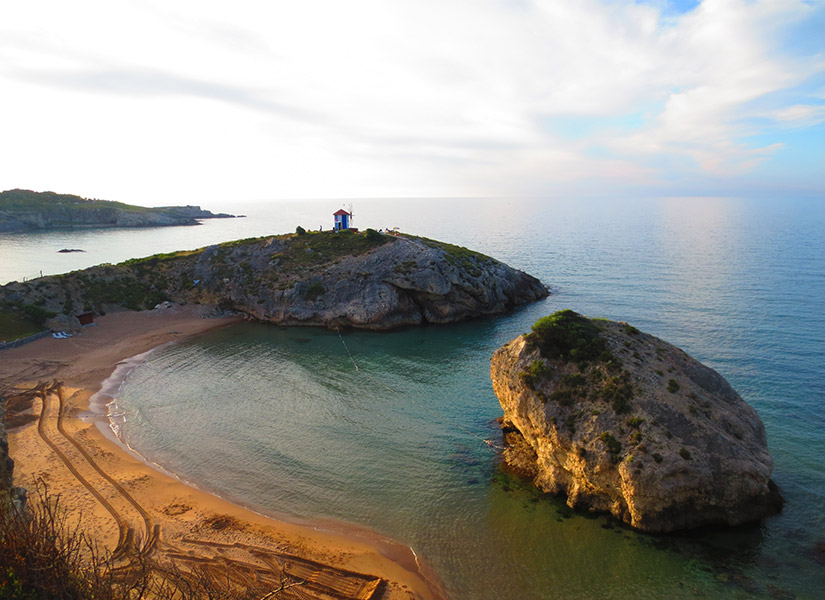 Hidden Lake, an artificial lake in Karamandere village before reaching Şile, is a favourite of picnickers with its fresh air and scene. Karamandere Saklıgol, social facilities serves as a restaurant in hidden lake, glowing amidst a lush forest. Here you can enjoy a nice breakfast prepared with local products or have lunch with meats prepared in your own barbecue. It is quite enjoyable to sit on the porches of the resort and hike around the lake after dinner 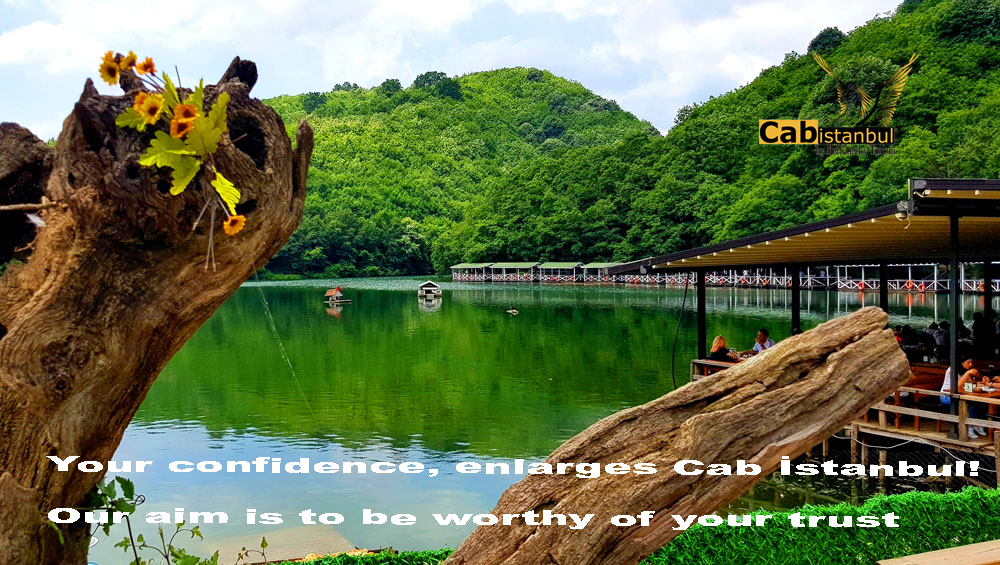 Agva (Akhva) is a charming seaside town in the middle of the Goksu and Yeshilchay (Yeşilçay) rivers. Agva located in the north of Istanbul. Throughout history, Roman and Ottoman civilizations, such as the Hittite, Phrygian, and crossing point of Agva, literally means "village between two streams" and "water" in Latin. Agva is an indispensable weekend destination of the Marmara region, with its proximity to Istanbul, you can take a canoe or sea bike ride to Goksu and Yeshilchay  streams pouring into the Black Sea and take a few hours boat trip. At night you can stay at hotels on the Goksu coast. Hacilli (hagyly) Village, 12 km from Agva, is famous for its caves and waterfalls. Kilimli and Kadırga Bey are very convenient for walking. 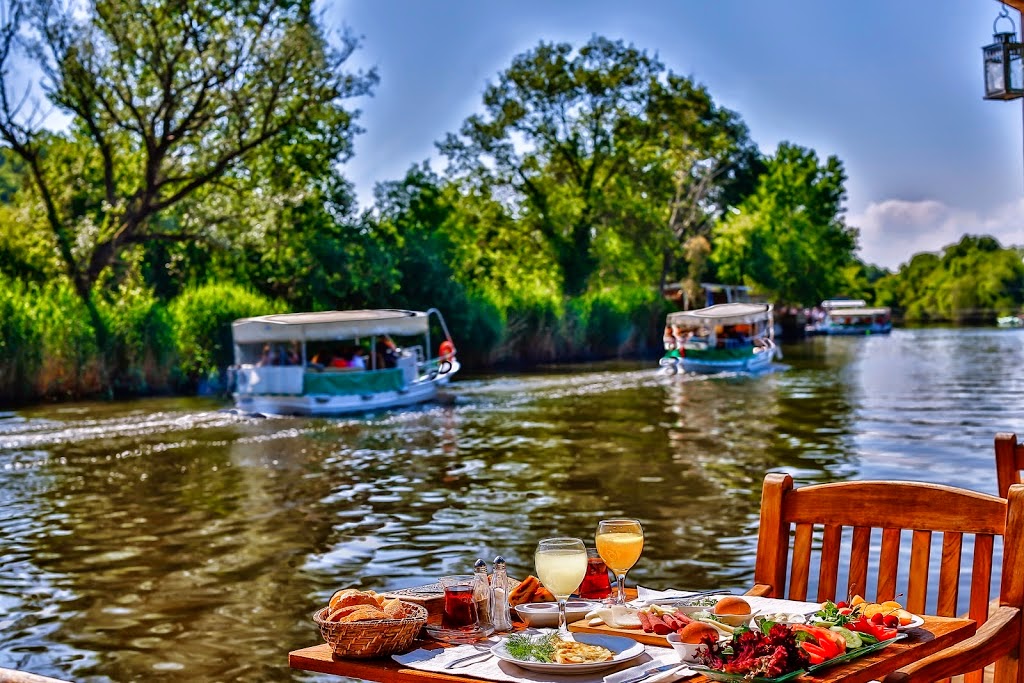 Sile Historical Houses, which have unique structures with their natural splendour’s architecture. So, they are frequently visited by photographers from Istanbul. Sile historical houses are made of wood, the typical building design of the area, Houses are seen in the streets of the city where you can feel the historical beauty of Şile in the 19th century. In addition to two-storey houses that can accommodate large families, you can visit many Byzantine churches and monasteries in Sile, as well as Ottoman mosques, inns and baths. Also, bridges, fountains and baptistery ruins of the Greeks in Yenikoy are the structures that reveal the glorious history of the region 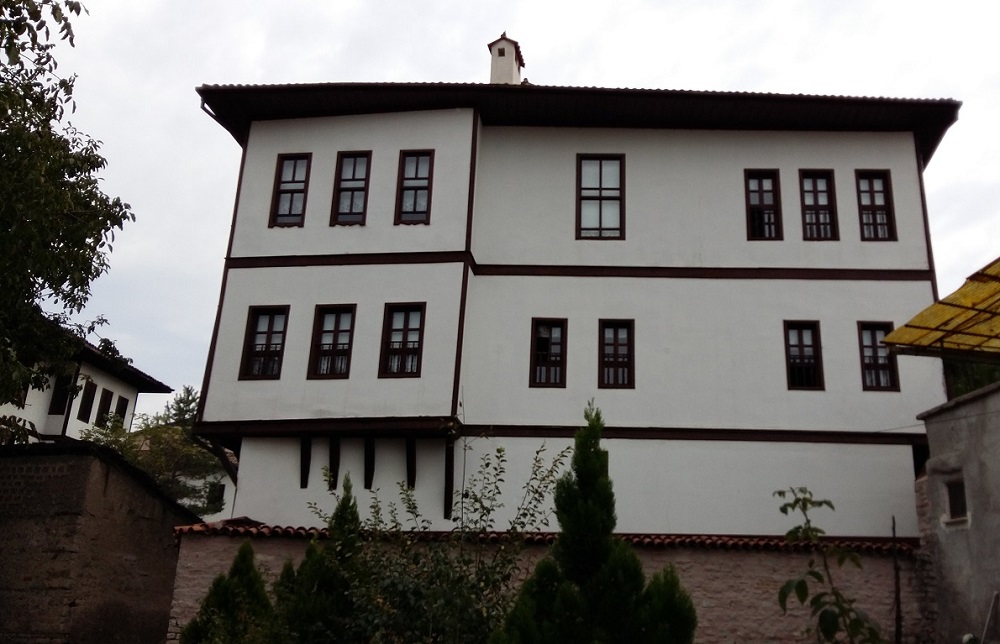 Degirmencayırı Waterfall, 33 km away from Şile, is located southwest of Degirmen Cayırı Village and on the border of Sile-Gebze districts. You can reach Degirmencayırı Waterfall, Hacıllı Waterfall and Eleven Lakes Valley, which can be reached by a half-hour journey from the city center. During your trip in the valley, you can see the lined waterfall and lake close to 11 lakes and waterfalls together. Walking in the nature is the best way to watch the natural beauty of Sile. All of these waterfalls are unique and near İstanbul. 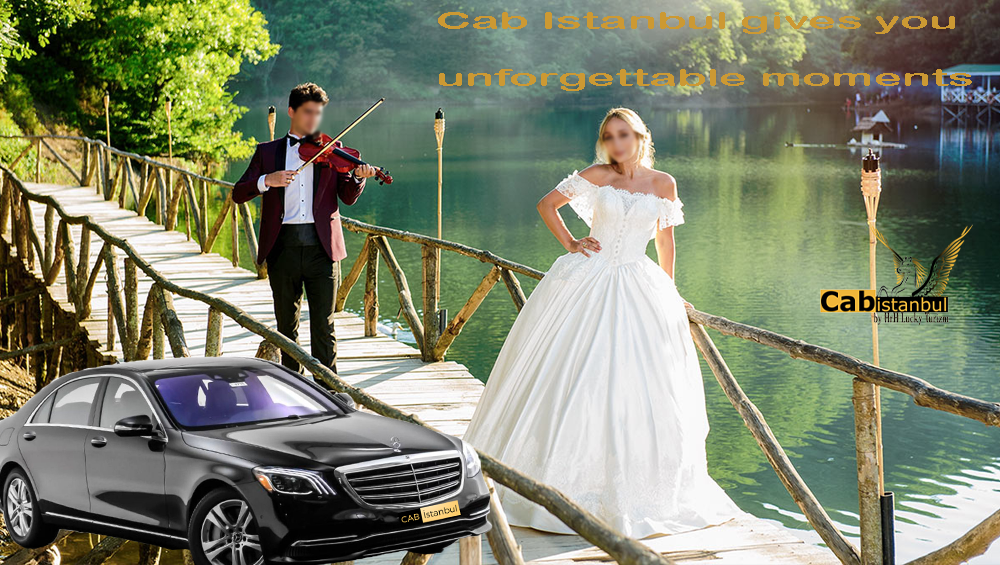 Sile Beaches are famous of high sea waves, specially afternoon waves are high in Aglayan Kaya (Crying Rock) Beach, which consists of a narrow blue flag bay in Sile. The beach, where the waves sometimes approach one meter, is ideal for those who like to serving the waves. one of beache is in the center of Sile, Ayazma Beach has a clean beach and sea. Kumbaba Beach also has charming coastline, camping, and caravan areas. 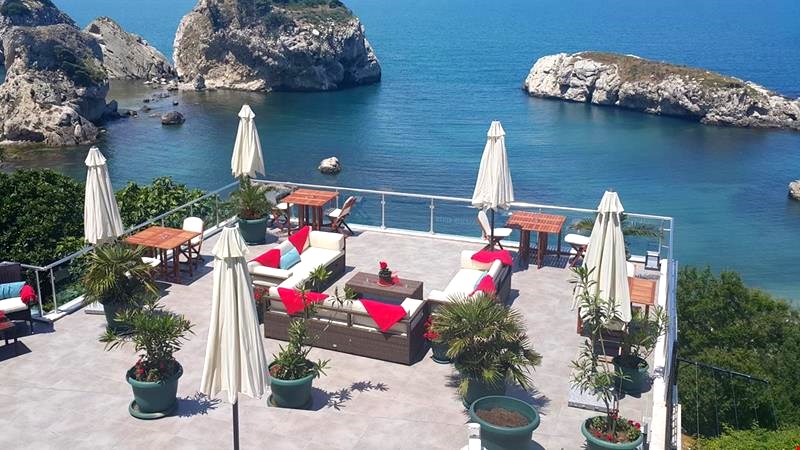 The region dates go back to the caves in Sile, which provide shelter for Christians who escaped from the Roman oppression, dates back to the Polished Stone Age according to the researches. In the area, there are many natural caves suitable for human life such as Ocaklı Cave, Tersane Cave, Fener altı Cave, Sunset (Akşam güneşi) Cave and Tavanlı Caves

Sile and Agva are charming districts of Istanbul. It is an ideal idea for those in Istanbul and want to escape from chaos of the city, especially on weekends. Shile and Akhva are located on the Black Sea coastline, 70 km from Istanbul. The district, which has many historical and natural splendours to visit, is ideal for a peaceful few days. 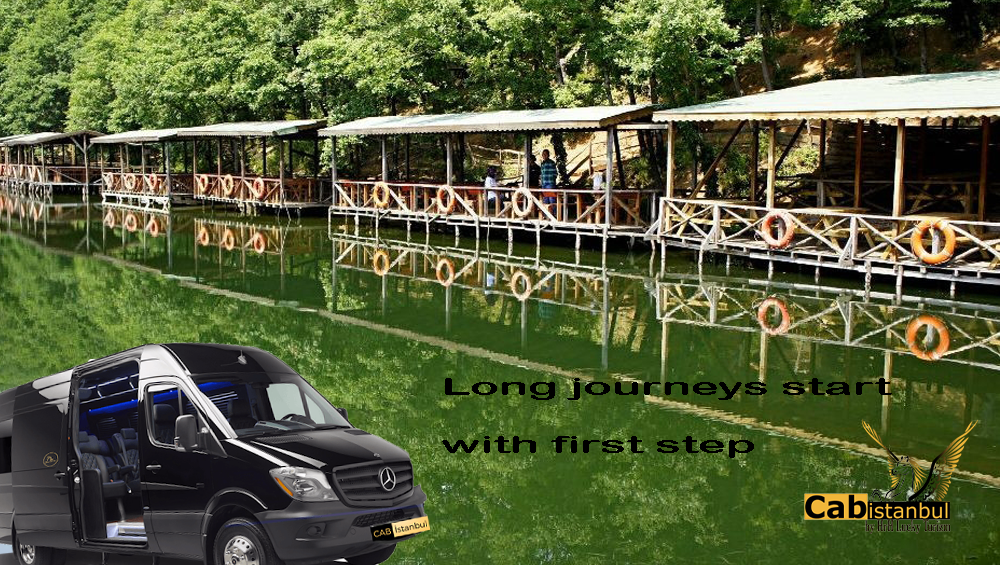 You can take a look at Cab İstanbul services such as Airport Transfers from/ to Sile/Agva as well as Istanbul City Tours and other similar services such a Limousine Service, Cappadocia Tours Bursa Tours, Yalova Tours,  Sapanca Tours, Car rental With Driver Airport Transfers, Meet/Greet Service, Bosphorus Cruise Tour With Dinner, to benefit by these sevices you can contact us immediately…